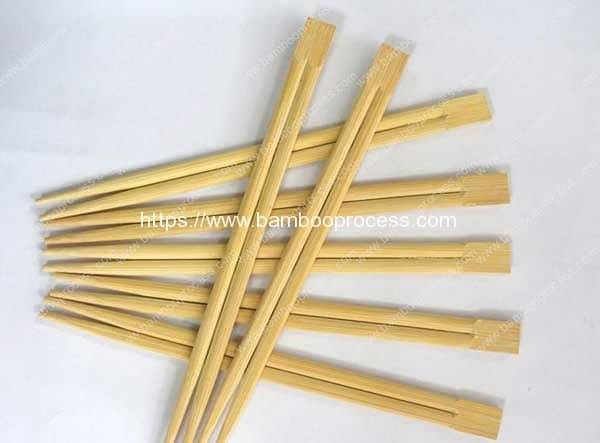 Chopsticks are kitchen/eating utensils that are shaped pairs of equal-length sticks that have been used in East Asia for over two millennia. First invented and used in China, chopsticks later spread to countries that were tributary states of the Empire of China. In Southeast Asia, only Vietnam and ethnic Chinese communities consume all food with chopsticks. In Cambodia, Laos, Myanmar, and Indian and Malay communities in Singapore and Malaysia as well as in Nepal, chopsticks are generally used only to consume noodles. In Thailand, chopsticks have only recently started being used along with the spoon and fork.

Chopsticks are smoothed and frequently tapered and are commonly made of bamboo, plastic, wood, or stainless steel. They are less commonly made from titanium, gold, silver, porcelain, jade, or ivory. Chopsticks are held in the dominant hand, between the thumb and fingers, and used to pick up pieces of food.

The Han dynasty historian Sima Qian writes that chopsticks were known before the Shang dynasty (1766–1122 BCE) but there is no textual or archeological evidence to support this statement. The earliest evidence is six chopsticks, made of bronze, 26 cm (10 inches) long and 1.1 to 1.3 cm (0.43 to 0.51 inches) wide, excavated from the Ruins of Yin near Anyang (Henan) and dated roughly to 1200 BCE; those were supposed to be used for cooking.[18][19][20] The earliest known textual reference to the use of chopsticks comes from the Han Feizi, a philosophical text written by Han Fei (c. 280–233 BCE) in the 3rd century BCE.

To use chopsticks, the lower chopstick is stationary and rests at the base of the thumb, and between the ring finger and middle finger. The second chopstick is held like a pencil, using the tips of the thumb, index finger, and middle finger, and it is moved while eating, to pull food into the grasp of the chopsticks.[24] Chopsticks, when not in use, are placed either to the right or below one’s plate in a Chinese table setting. Some Chinese people feel that using serving chopsticks is more sanitary.[25]

Chopsticks come in a wide variety of styles, with differences in geometry and material. Depending on the country and the region some chopstick styles are more common than others.

Length: Chopsticks are typically about 23 centimeters (9.1 in) tapering to one end. Very long, large chopsticks, usually about 30 or 40 centimeters (12 or 16 inches), are used for cooking, especially for deep frying foods.
Taper: Chopsticks are usually tapered in the end used for picking up food. Chinese chopsticks are more commonly blunt, while Japanese ones tend to be sharp and pointed in style. Korean chopsticks typically have sharp tapers, but with flatted grip.
Material: A large variety of materials is available, including bamboo, wood, plastic, metal, bone, jade, porcelain, and ivory.
Bamboo and wood chopsticks are relatively inexpensive, low in temperature conduction, and provide good grip for holding food. They can warp and deteriorate with continued use if they are of the unvarnished or unlacquered variety. Almost all cooking and disposable chopsticks are made of bamboo or wood. Disposable unlacquered chopsticks are used especially in restaurants. These often come as a piece of wood that is partially cut and must be split into two chopsticks by the user (serving as proof that they have not been previously used). In Japanese, these disposable implements are known as waribashi
Plastic chopsticks are relatively inexpensive, low in temperature conduction, and resistant to wear. Melamine is one of the more commonly used plastics for chopsticks. Plastic chopsticks are not as effective as wood and bamboo for picking up food, because they tend to be slippery. Also, plastic chopsticks cannot be used for cooking, since high temperatures may damage the chopsticks and produce toxic compounds.
Metal (commonly stainless steel) chopsticks are durable and easy to clean, but metal is slippery. Silver is still common among wealthy families, as are silver-tipped wooden or bone chopsticks. A common material for Korean chopsticks.
Other materials such as ivory, jade, gold, and silver are typically chosen for luxury. Silver-tipped chopsticks were often used as a precaution by wealthy people, as it was believed that the silver would turn black upon contact with the poison.
Embellishments: Wooden or bamboo chopsticks can be painted or lacquered for decoration and waterproofing. Metal chopsticks are sometimes roughened or scribed to make them less slippery. Higher-priced metal chopstick pairs are sometimes connected by a short chain at the untapered end to prevent their separation.

American manufacturers have begun exporting American-made chopsticks to China, using sweet gum and poplar wood as these materials do not need to be artificially lightened with chemicals or bleach and have been seen as appealing to Chinese and other East Asian consumers.

Romiter Machinery Co., Ltd. is a market-leading designer and a manufacturer of Bamboo Processing Machine. In the past 20 years, we focused on researching and designing the machinery which could process the bamboo into different bamboo products. All our machines equipped with reliable brand components.